Siri Shortcuts and the Suite’s APIs

I first posted a comment somewhere on this forum many months ago mentioning the possibility of using Siri “Apple Shortcuts” to automate interactions with Write.as/Snap.as via the API and I’ve now finally begun actually manifesting this, myself.

Here’s a brief video demo of the latter as I’ve configured it from within Drafts. 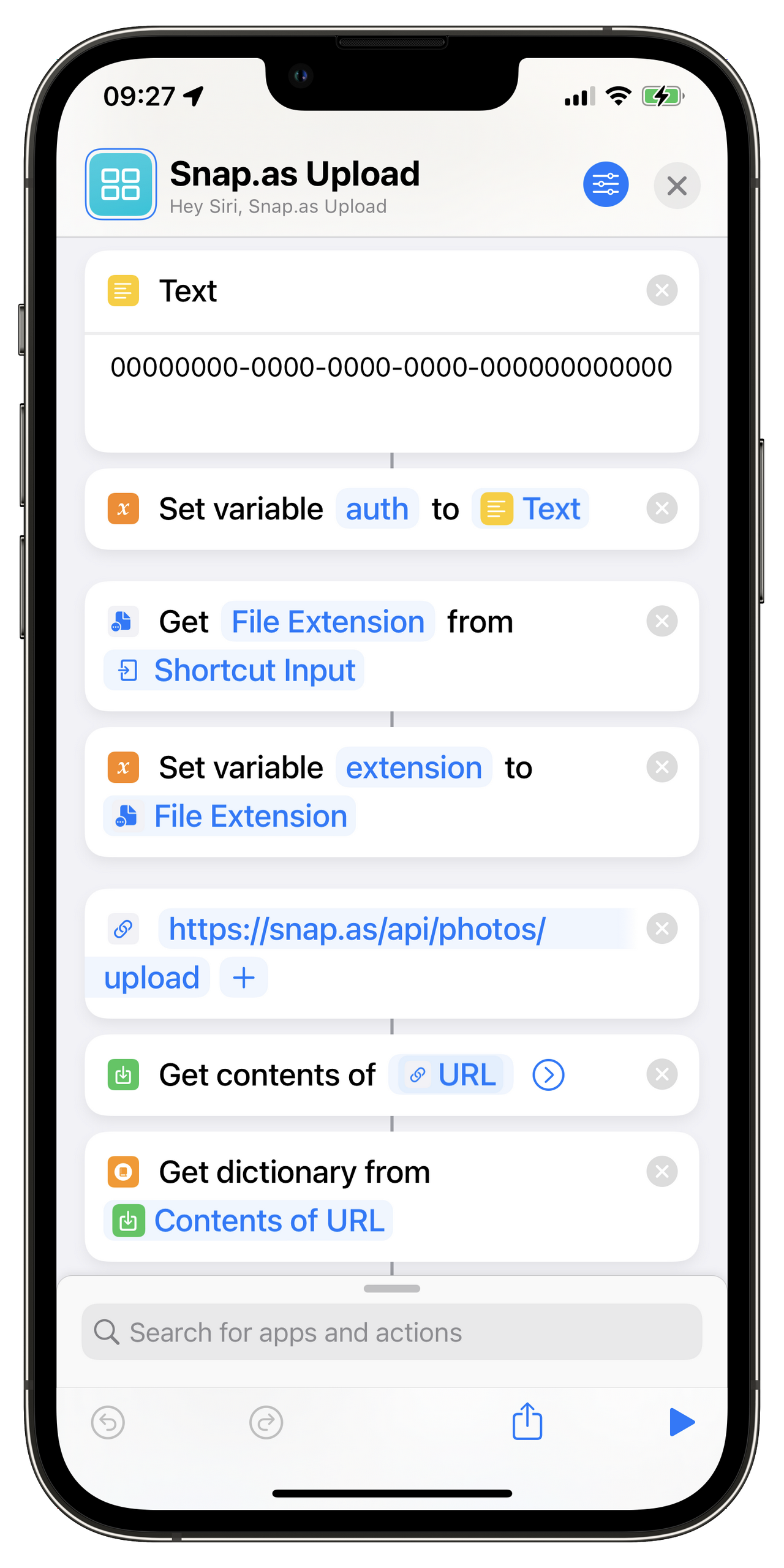 I wanted to establish this thread both so I can continue to share shortcuts as I publish them and of course, to hear from you, whether that be feedback, requests, general bereavement, etc.

Thanks for the time you put into this and for sharing with the community. Any Shortcuts I create that leverage the APIs I’ll share here for continuity, and I’m working on a few others that don’t use the API, but may be helpful to writers in general that I’ll share with other posts.

@matt Any chance the iOS app has a callback-url scheme that can be leveraged in Shortcuts for drafting posts with input variables, etc.?

@matt Any chance the iOS app has a callback-url scheme that can be leveraged in Shortcuts for drafting posts with input variables, etc.?

Not at the moment, no — but it’s an interesting idea!

I’m in the process of creating a new blog to showcase some of my artwork, and the uploader looks particularly useful to me. There’s also the shortcut that grabs an existing web-page as markdown, which I’ve bookmarked for a future investigation into trying to recover some of my older writings on the web. Thanks for the new toys, @DavidBlue !

Would it be helpful to provide some examples of other writing apps that do this particularly well? x-callback url is really a dated way of doing this, so if it doesn’t already exist, I’d recommend the effort be proper Shortcut integration so it’s both more user friendly, but has the added benefit of working in Shortcuts for macOS if you ever plan to head to a universal app codebase between the platforms.

I can share both examples of x-callback URL support that’s great and an app where the Shortcuts integration is really elegant and accomplishes the same functionality of sharing things like text and variables into compose views, etc.