Just want to give a space for people to share cool projects people they’ve come up with or seen for Write.as: apps, instances, extensions, hacks, whatever.

I can stir the pot with a little hack I use with Write.as:

When you create a post that includes a topic/thought you want to write about later, link it to https://write.as. Could be something like, ‘The Catena Aurea is an example of a form of biblical commentary called the catena.’

That way, when you’re ready to write about catenas, you can immediately go into the editor, create a post, and replace the link with the post you just published. This helps me think through ideas without feeling stuck. A post not existing isn’t a 404 but an invitation to create the post you were looking for.

Would love to see what else everyone is working on and using!

First, it is rare to see Saint Thomas’ steller commentary mentioned in any circles, yet alone as an example of a tech issue! Saint Neumann would be delighted! Grin.

Second, isn’t a link to a blank page confusing to the reader? What if you used a hashtag catena, perhaps with a hashtag distillery (or whatever you call your bin of yet completed writing)?

You are totally right. I should’ve prefaced that the technique is more for using Write.as like a personal notebook than anything public facing.

A hashtag would work much better in that scenario if it were on a public blog. I haven’t tried using them yet with Write.as but I imagine the possibilities would be endless: topics that make up little collections within a collection. A hashtag distillery sounds much better though!

I utilized the API to create a little app that gives you the list of tags a particular Write.as blog uses (here). Just type in the alias for the blog (ie: ‘matt’ for https://write.as/matt).

It is a tad fussy but useful nevertheless. If you haven’t experimented with Glitch try it out! I think it could be used for a lot of neat little Write.as apps.

“Page Not Found” for the Remix Me on Glitch link
Otherwise this is useful. Thanks

I see from the glitch code that the writeas api python module is imported. Would that work for writefreely blogs as is or with minor modification?

I’m not familiar enough with glitch and writeas vs writefreely api differences (does writefreely even have an api?) but just wondering what would be involved with extending this code to work with writefreely.

I don’t know if that success is by accident or design. The official Write.as API asks for the ‘alias’ of the blog in order to retrieve it (docs here). Since the codebase and blog structure is similar, I think that documentation would apply to a WriteFreely hosted blog too.

Would love clarification from others experienced in running an instance though!

do you mean grab the tags for WriteFreely blogs?

Yes, that’s what I meant. Do you know of a way to grab the tags for WriteFreely blogs using the glitch app?

So the answer is yes with a catch. As it stands you have to use the alias to retrieve the blog and then retrieve the tags. That is how I understand the API to work for a Write.as or WriteFreely blog. Now it is easy to grab the alias for a Write.as blog. Usually just grab the end (ex: ‘matt’ for https://write.as/matt).

Things get complicated when you throw in a custom domain where the alias doesn’t have to be match the url, let alone be included in it. And that is the case for most if not all WriteFreely blogs. Of course you can guess the alias with some, but that is not ideal. I will look into making it more efficient.

I’m not familiar enough with glitch and writeas vs writefreely api differences (does writefreely even have an api?) but just wondering what would be involved with extending this code to work with writefreely.

WriteFreely uses the same API as Write.as, so yes, besides specifying the non-write.as domain to call the API on, everything should be pretty much the same. (I’ll have to double-check for single-user WriteFreely instances, but I believe in that case your alias in the API will simply be your admin username.)

On another note, I wanted to share a little tool I threw together today. Using @cjeller1592’s auto-expiring tool to start off, I made this application that automatically deletes a post after it’s been viewed once: 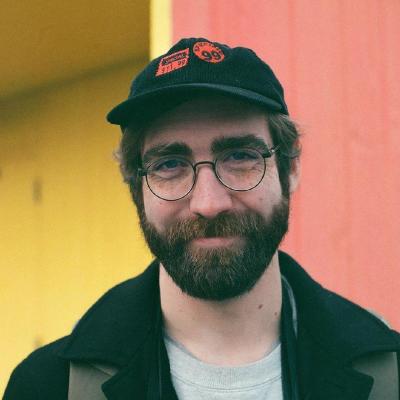 It’s not really meant for secure, guaranteed self-destructing messages (I mention the many caveats on that page), but hopefully it serves as a good example for building on the API.

Great stuff @matt! I want to try to replicate that kind of self-destructing post in Python.

I’d also like to share the early goings of an app that allows you to search a Write.as collection for posts that match whatever search terms you type in. (here)

The underlying code for the above search app is in this repo. Check it out and please feel free to improve upon it or translate the functionality into another language.

I can imagine if we get this going in Golang then search for Write.as/Writefreely would be tenable. Perhaps someone is doing this already?

Will put up the code soon but it primarily uses what I shared in previous posts.

Made a big commit on the Write.as API Client Library for Python. It’s a lot more readable and easier to handle errors. If anyone is interested in making cool things with the Write.as API in Python then check it out.

Plus seeing the resurgence of Webrings (an example here) makes me think it’d be cool to somehow create webrings for Write.as blogs - like miniature curated versions of Read write.as. Could be a fun project with the API.

‘Random Post’ functionality is something I enjoy on blogs. I created a little Glitch app that redirects you to a random post on your Write.as blog. It is live on my blog here under the pinned ‘Random’ link.

If you want to look at the code or put ‘Random Post’ functionality on your Write.as blog, check out the link to the app here.

Hoping to see more people use the Write.as API to create cool stuff!

Been exploring uses for Write.as other than for publishing blogs. Here is a simple example that connects to a form that updates a Write.as post with each submission.

Has anyone else been using Notion? It is a great all-in-one workspace tool that has been on the rise lately. I have used it a bit and noticed that it can be a tad overwhelming if you want to compose simple pages. This is where I prefer Write.as.

So I created some boiler plate code that imports a Write.as post over to a Notion page. Still a lot to work on but feel free to take a look here.

I just migrated a couple of years worth of my blog posts over from Wordpress this evening. I looked at the Go importer a couple of days ago, but I’ve never written anything with Go, so looked at Python instead - and within an hour had a script authenticating and posting. An hour after that I had it looping through the backup of my blog, firing posts into write.as (go take a look at write.as/jonbeckett).

I’m not sure if I hit a rate limit or not - near the end the script froze and spat out a “no response”, but going again a minute later it seemed fine again. I’m guessing I migrated about 450 posts in while trying it.

When I get time I’ll make a workable script for others - that rips from a Wordpress XML export, and uploads to write.as - the biggest issue will probably be failure recovery, unless I check for the existence of every post with API calls (essentially fetch every post first, before posting anything).

Anyway - a fun couple of hours

That is awesome. As someone who has a similar number of Wordpress posts and is more familiar with Python, I would totally be interested in your script. Please let us know when you make a public repo!

I have closer to 4000 posts in the full blog export, but didn’t want to kill write.as

I’ll tidy the code up this week if I get the chance and upload it to github. I’ll probably leave it as two scripts - one that exports from wordpress, and the other that uploads the markdown files to write.as.